Email ads and the EUID

The EUID and the EUID macro 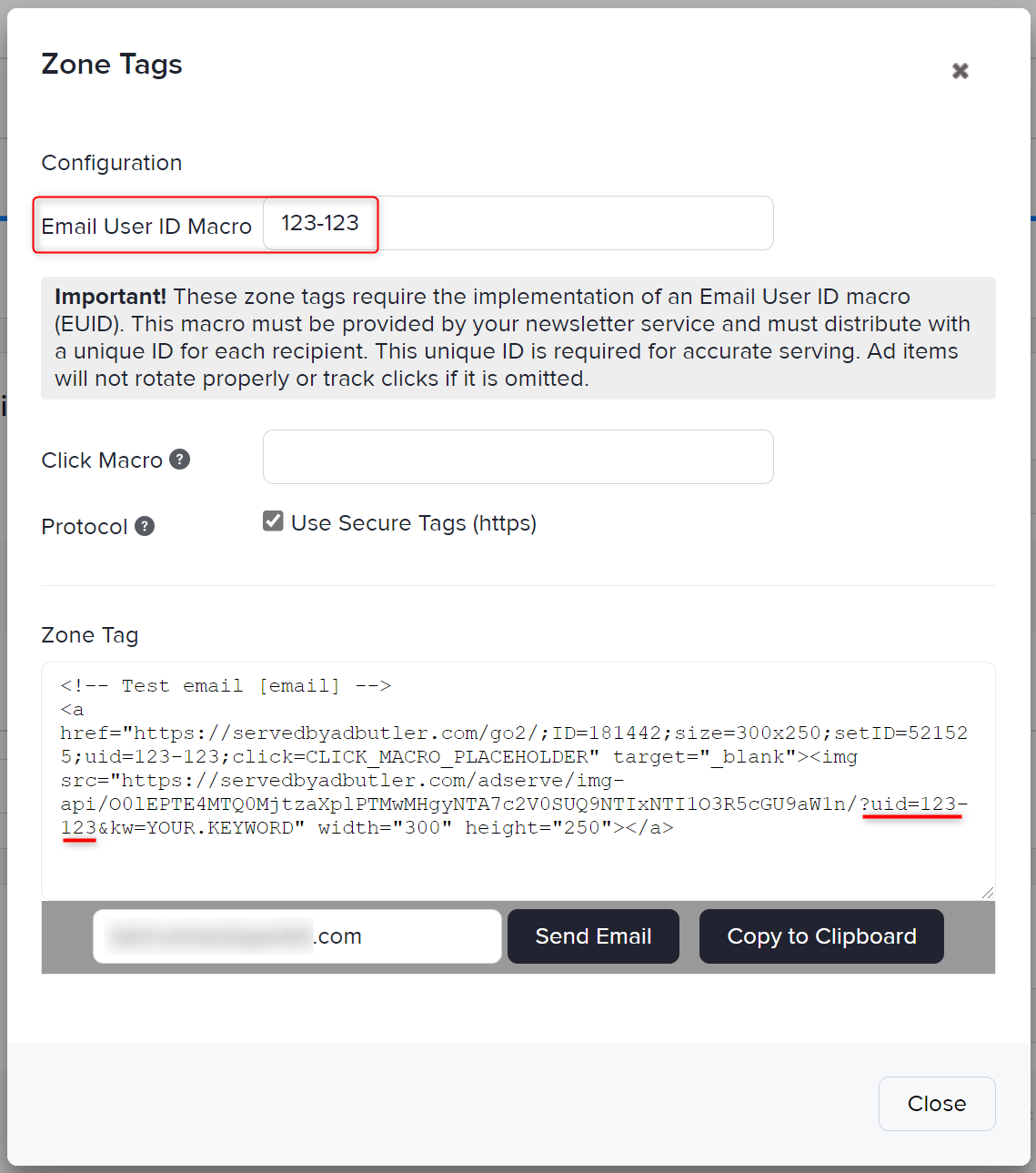 Not only should the EUID macro be correct, the EUID it generates should actually be unique for each recipient so that AdButler can properly count impressions and clicks as well as know where to redirect recipients when they click on an ad.

Some email platforms let you add or remove variables to their EUID macro. In such cases, make sure that your EUID macro has enough variables to generate a unique ID for each of your recipients. Many email ad serving problems stem from recipients being given the same EUID.

Problems with the EUID

To see what can happen when AdButler is given faulty EUIDs, let's look at a simple scenario:

You sent an email newsletter to two people - John and Jane. The newsletter has a zone with two assigned campaigns: campaign A and campaign B. Unfortunately, your EUID macro gave John and Jane the same EUID: 1234.

John and Jane are obviously different people, but because their EUID is the same, AdButler thinks that there's only one User 1234 and that that user has seen ads from campaigns A and B.

It can get worse. Because the last ad that User 1234 saw was from campaign B, if John clicks on the ad in his email, he will be taken to the destination page for campaign B, even though the ad he saw is from campaign A.

You can see how confusing and frustrating this would be for both users and advertisers. The more recipients that share an EUID, the worse the problem becomes.

By default, AdButler will forever show the same ad to a user based on their EUID. This alleviates the issues caused by incorrect or suboptimal EUID macros. Going back to John and Jane, since they have the same EUID, by default Jane will see the same ad that John saw. This way, the impression and click counts as well as the destination page for that ad will remain accurate, regardless of who views or clicks on the ad.

Of course, that default behavior may not be optimal for your set up. That's why we made it so you can override it. In your email ad zone's properties, you can change a setting called Ad Persistence Window to Specific and enter an interval. Your recipients will now see a new ad each time the interval passes. But we must stress that your EUID macro should be properly configured to avoid problems should you modify this setting. 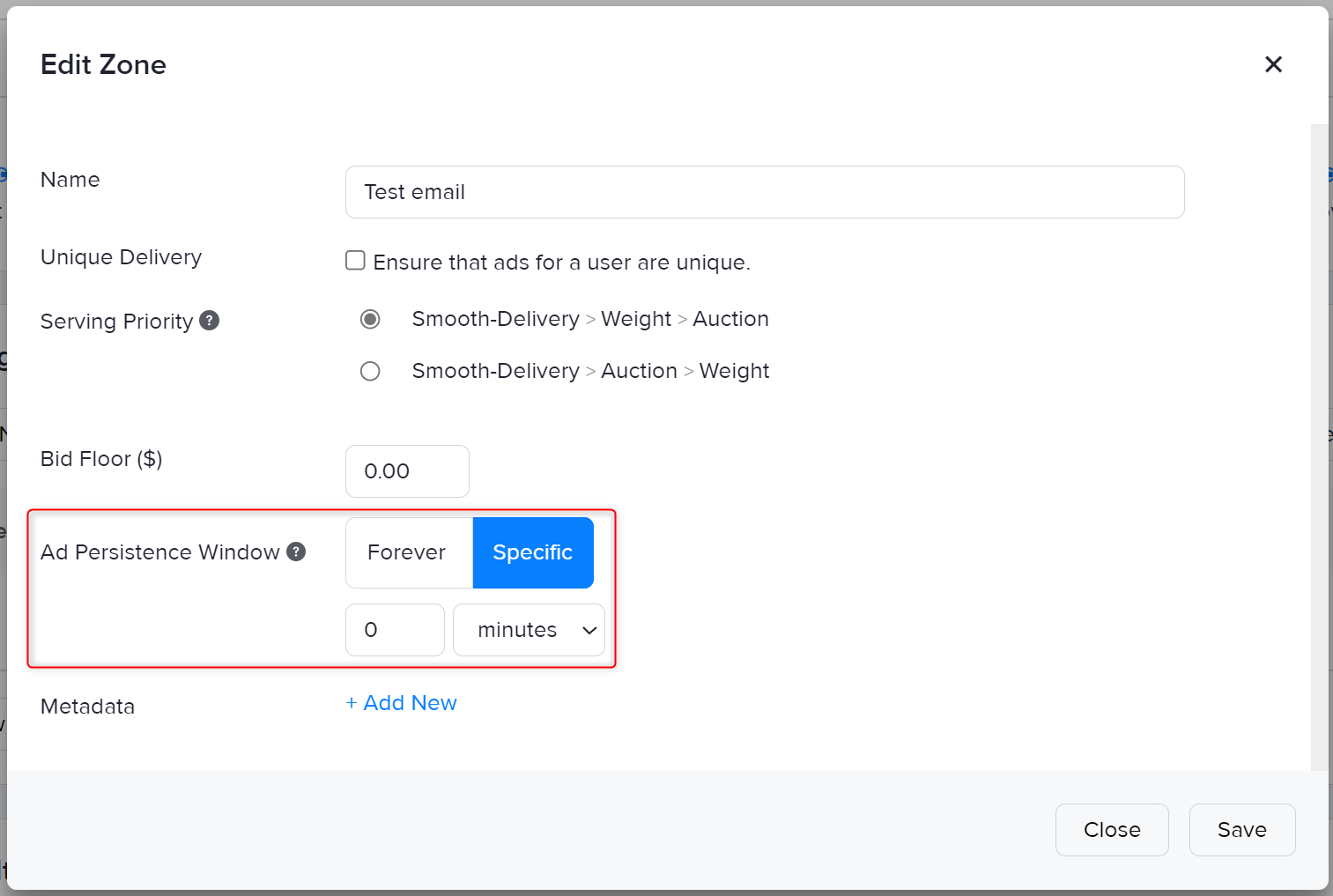 Many email platforms have a test feature. Unfortunately, these tests usually do not involve triggering the EUID macro to generate EUIDs, which means the test won't reveal any errors with your EUID macro. We highly recommend that you test your email campaigns by sending them to a few recipients.

Was this article helpful?

Thanks for your feedback!

Can't find what you're looking for?

Send us an email